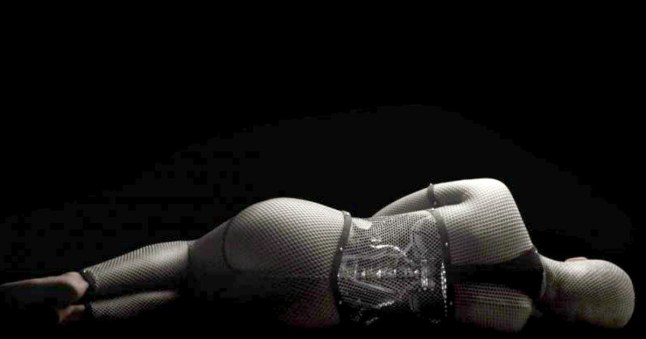 The Machine In The Mirror

The day when artificial technology reaches the level of human consciousness is not far off, and Alex Garland’s (28 Days Later, Dredd) newest film truly made me believe in A.I., and worry about it at the same time. Ex Machina is not a film about an artificial intelligence gone rogue. It’s about an artificial intelligence gone human. The setup is straight to the point, beginning with Caleb, (Domhnall Gleeson) a programmer that wins some sort of contest, sending him to a secluded high tech fortress to take part in an experiment called the Turing Test, in which he is to test a machine’s ability to exhibit intelligent behavior equivalent to, or indistinguishable from, that of a human. The machine is Ava, an artificially intelligent robot played by Alicia Vikander. Ava is two things, intelligent and self-aware. I have to point out the special effects in this film are superb, Ava’s face looks beautifully human, but her bionic body looks complex and intricate.

The man proctoring the test is Nathan (Oscar Isaac) the unorthodox chauvinistic genius, and the founder of Blue Book, the google-esque company that Caleb works for. He is also the man who created Ava, the only other person in the facility is a housemaid named Kyoko (Sonoya Mizuno) who doesn’t speak English. The small cast works well and helps keep the story on track, giving each character plenty of room to develop. The Turing test is set up in monitored sessions with Caleb and Ava having engaging conversation, while being separated by glass. Alicia Vikander puts on a breathtaking performance making the viewer not only know that she is truly just a robot, and at the same time making us believe that she’s not just a robot, it was really a remarkable performance. One scene in particular during one of their sessions, Ava steps away to give herself a human makeover from head to toe everything from a wig to sleeves and a dress. When she returns looking beautifully (almost) human Caleb, me and everyone’s jaw hits the floor. Getting back to the sessions, this is where Ex Machina really shines. Each session seems to bring Caleb and Ava closer; it’s not until a series of power outages, and Ava telling Caleb not to trust Nathan that things start to get weird. Nathan’s persona is that of a man with secrets and ulterior motives, he drinks too much and says too little.

What I love most about the film is its pacing and tone; nowhere in the film did I definitively know where the story was going next. The characters are written and acted so well that I genuinely felt for them. This film makes us really question what it means to be human, because Kyoko was presented as human and Caleb didn’t question it (nor did I for that matter). It wasn’t until Caleb went on a personal tour of the facility during one of Nathan’s benders did he discover Kyoko’s secret. The truth was so overwhelming for Caleb that he found himself in the bathroom cutting himself and smearing blood on the mirror. The final act is one that cannot be put into simple words it has to be seen and experienced first hand. The ending was classic and one that I honestly didn’t see coming. The question of humanity isn’t as simple as who has human consciousness or not. At the end of the day and at the end of the film, Ava was indeed human.